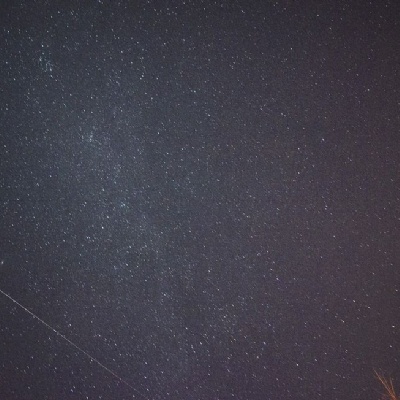 The Lyrids meteor shower is the first of a few meteor showers that happen every year. It will be on for the next couple of nights/early mornings.

It is caused by the Earth passing through the debris of a comet. It should be at its peak between 21 to 22 April - tonight. The largest meteors burn up to produce fireballs that can be seen with the naked eye. The number of fireballs (shooting stars) you see varies from year to year depending on how close the Earth is to the debris. It can be from 15 each hour up to 100 each hour in an exceptional year.

The Lyrids are named after the constellation Lyra, which will rise in the North East around 10pm. This is the direction that the shooting stars will come from. You should be able to see them more clearly from midnight onwards. However the later you can leave it between midnight and first light, 5:30am, the more you will see as Lyra gets higher in the sky. They should be all over the night sky by then. Obviously the first light will put an end to it so chose your window wisely!

Let's hope it is clear!

There's a good monthly update on the Exeter Observatory homepage, and check out their update for April on YouTube (see below) about the Lyrids at 12:20, and a new comet that is getting brighter at 10:00.